I’ve been on the job for one year. And frankly, it’s sometimes hard to tell how I’m doing–especially being in the minority, where one rarely wins the day. But perhaps one metric is this mailing list. Like so many things during the pandemic, it went up, down and sideways. But most weeks I got over 500 views. That’s either a lot of love or a lot of the other thing. 😀 But either way I got people talking.  I am very grateful for all the feedback.

2021 will be a big year for Des Moines. Once we get past this little pandemic-speed bump thing there will be an election for four Council seats. (not mine, Thank God. 😀 ) So I hope you’ll stay engaged and start making yourself heard!

The highlight (as of this writing) will be something you don’t get to see: an Executive Session regarding the Masonic Home. And yeah, we’re starting the year the way we ended last year: I have been admonished by our City Attorney against speaking up in support of saving the place. Way to go First Amendment. NOT! 😀

I am not a fan of Executive Sessions–except to say that they are the only place I ever get to talk to my colleagues in any meaningful way.

The City (for the 46th time in 2020) stonewalled my basic requests for information on the Masonic Home. All the info that I (and CM Buxton) requested, which should be 100% public, has to (unnecessarily) wait for an Executive Session. I hope there is some seriously juicy info that I don’t know about which explains the lack of action over the past 10+ years. But for now, it just seems like another bit of vindictive behavior towards a Councilmember and that should not thrill you.

First, my car was stolen from a well-lit public place. But the good news is that I got a first hand experience of the Des Moines PD handling car theft. The DM Officers were courteous as expected, but there were a few hiccoughs that other residents have told me about that I hope we can work on soon.

Second, I did spend a good deal of time researching the Masonic Home and I learned a few things: First, how totally aware the rest of Washington is about this building. I thought that at least a part of the reason it hadn’t been rescued was because no one else knows about it. Nope. Everybody at all levels of government and in philanthropy knows. And they want it to be saved. The message I heard over and over was that they’ve been waiting for our City to get fully engaged.

As I’ve written is at least part of the problem is philosophical. We have had an extremely strong tradition of property rights on our City Council, so no matter how special a building is, there will be lots of people who simply do not believe in the City getting involved. But the thing I want to stress is that no one I’ve spoken with wants anything but a healthy return for the current owner. Whatever solution that arises has to be a real win-win for all parties. And that shouldn’t be hard. There are many really great ideas for preserving the property and creating value for the owner.

The Airport and the water

Third, as you know, I’ve been continuing work on the History Of Sea-Tac Airport project with SeatacNoise.Info. Over the holidays, I did a ton of digging into the earliest days of Sea-Tac Airport–even before the big change of 1961. Now this whole ‘history’ game is not easy work because obviously, a lot of people are now gone. Also there’s the pandemic, so getting access to paper records is problematic. 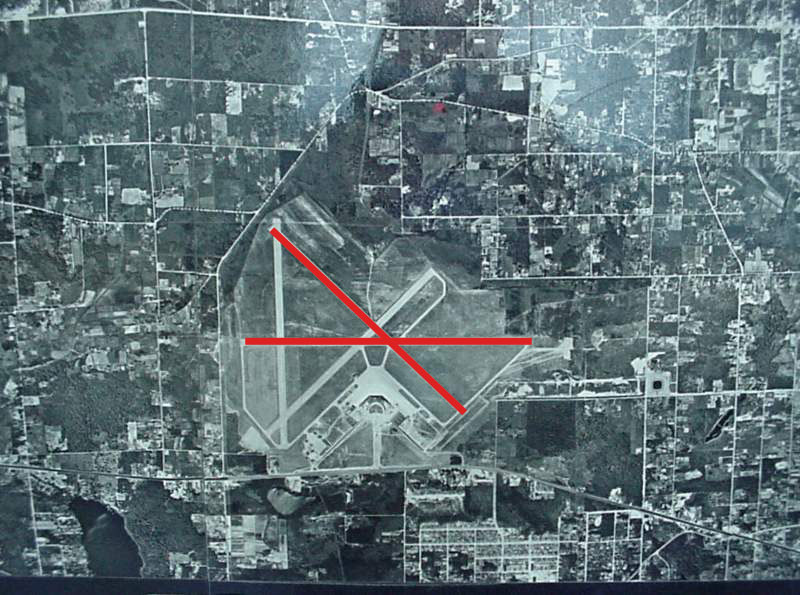 This is Sea-Tac Airport c. 1948. The ‘x’ pattern is the original two runways. Shortly after Des Moines incorporated in 1959 the angled runway was removed and the horizontal runway was lengthened into what is now the First (east) runway–the one which tracks directly over so many of our schools on 24th. That was the ‘big change’.

I put this up because, if you’re under seventy-ish you probably don’t realize how much the entire landscape of our area has changed.  There was a marvelous wetland system that surrounded the airport (including underneath what are now the second and third runways.) There were houses and forests and active creeks with lots of fish from the back end on 188th all the way south to 216th.

Which is my way of leading up to telling you just how awful the Port (and the airlines) treated the surrounding environment until at least the 1970’s. But back then the issue was not so much noise or air pollution but water. For decades the airlines dumped raw aviation waste directly into every major creek as well as Puget Sound. One property owner famously demonstrated the problem by walking over to a rock in the north end of Des Moines Creek and setting it on fire with a lighted match! The damage the airport did to the entire eco-system is unbelievable and probably irreparable.

The Port has been successfully sued at least a dozen times to create and improve this state of affairs. In fact, those law suits over ‘water’ were the ones that held up Third Runway construction for over a decade; nothing to do with ‘noise’ or ‘air pollution’. Water. And the Port still hasn’t finished that clean up. Just this year they’re spending $800k to clean up Miller Creek in Burien. But that’s really just continuing to mitigate bad acts dating back to the 1950’s.

Other than giving you a sad story, the point for today has to do with expectations. See the Port is only paying to clean up that creek–nothing more. But when creeks die or the forests are cut down or homes are removed, it permanently damages the City. It reduces property values, increases our costs, makes our City less desirable, and it reduces our property tax rolls (which means we then have to tax you more to make up the lost income.)

Say I injured you in a car accident. You have surgery, but even after that you’ve got some permanent disability. I agree to pay for your surgery, but nothing else; nothing to help you deal with your ongoing problems, including permanent loss of income. Does that sound fair?

That has always been the essential problem with the airport–when it harms surrounding Cities it may pay the proximate costs (if one is willing to sue) but that is all. It never makes Cities whole by covering the true damages. And they can do that because, unlike other airports in America, we don’t own it. The Port does. And it is our failure, as airport communities, to have not fully recognized this inequity and done all we can to be fairly compensated.