Tuesday 9AM: SCATbd Meeting. If you have concerns about anything transportation-related, check this out.

Monday: Disassembling the Coho Pen at the Marina. Thanks, as always to John Muramatsu and Trout Unlimited and the Des Moines Marina crew. 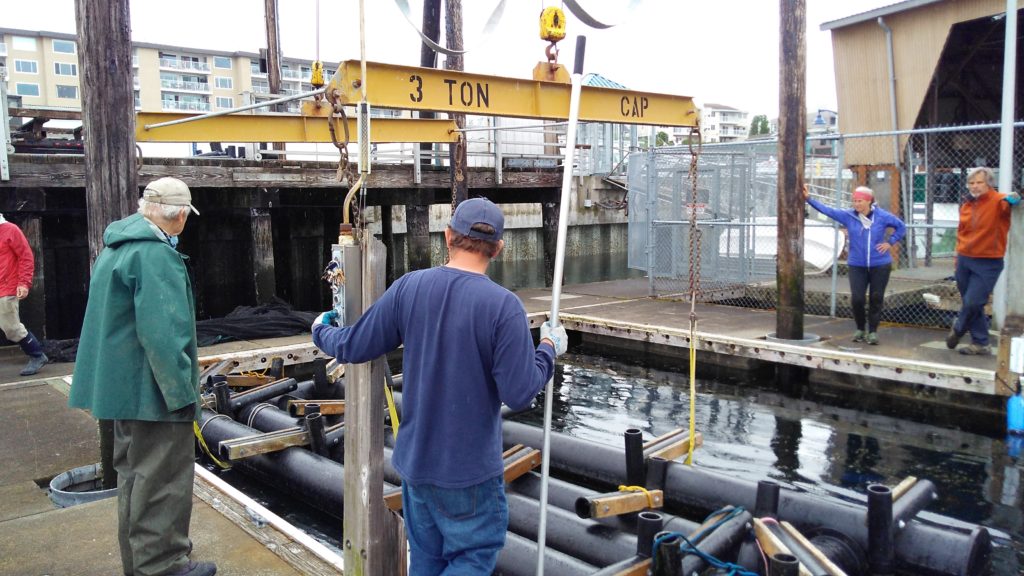 Thursday: MRSC Meeting on Utility Management. Although Des Moines does not run its own utilities, understanding how they work and having strong relationships with those authorities is critical because we currently derive about one third of our revenue from utility taxes.

Friday: Another webinar from the Seattle Southside Chamber Of Commerce. The topic was ‘how to re-open’. I have a link to the video on my Facebook Page and I recommend that every business owner watch it. The challenges to re-opening are significant. Without getting into a whole discussion, the point isn’t so much to ‘re-open’ as it is to find ways to re-open and actually make money.

If you asked most people to think of one image that represents Des Moines, 95% would imagine the Marina. So I was kinda disappointed that we didn’t have anything like a ‘celebration’ of its fiftieth anniversary last week. For me, the Marina is Des Moines and the dedication on May 10, 1970 was one of the top 3-4 events in our short history. I encourage you to read the clippings from the Des Moines News posted by our Clerk Bonnie Wilkins last week.

According to the article, the first thing the City Council did was take surveys of residents and get buy-in before moving forward. That was smart. Because what the article doesn’t point out is that the Marina was controversial (Odd, right? Can you imagine Des Moines without the Marina now? I can’t.)

One thing that is not mentioned is that at least some of those leaders had a long term vision for Des Moines.  They thought the Marina would be transformative for the city–and to a certain extent it definitely has been. But I would argue, not as much as they might have hoped. I think the hope that many of us have had over the decades would be for Des Moines to become as vibrant as other waterfront communities. The one word you often hear from residents since the Marina’s building is ‘potential’. People are always writing how loaded we are with potential. But somehow, that potential never gets fully realized.

Sure there have been good reasons (like the occasional recession or a pandemic (!) for example). But at a certain point, one has to accept that the stars will never align to make developing Des Moines easy. If it were easy it would’ve happened by now. And if we’re ever going to live up to that potential, we will have to do something dramatic in order to make it happen.

When I ran for office, I talked a lot about the long-term and frankly I think a lot of residents just nodded along (as my kids tend to do when they’re politely humouring me. 😀 )

But this actually matters. There are two broad concerns of city government: short term and long term. The short term is what most residents (and politicians) think about: public safety, building permits, speed bumps, human service stuff and so on. The long term is the part the public rarely sees and that’s the part I think about most: where we’ll be twenty five years from now.

But why should you care about twenty five years from now, right? We won’t even be around then (OK, you will, I definitely won’t. 😀 ) Now is where you can make residents and businesses happy today–especially post-pandemic. So maybe it seems like the wrong time to be thinking about twenty five years in the future. But I would argue that there will never be a convenient time to do so. Like many cities, Des Moines seems to swing from one crisis to the next and so we never have any easy chance to finish the job of becoming who we’re supposed to be: a true ‘destination’.

So what does that mean in practical terms? Hey what do I look like, The Amazing Kreskin? 😀 (I gotta stop referring to things people under 50 won’t get.) A few quick thoughts:

There is an adage you hear repeated over and over (and over… and over) in municipal budgeting: one-time money for one-time projects. Despite that mantra, there will be a tremendous pressure to use any such grants to prop up existing spending and avoid short-term pain. (Not too many of us used those $1,200 checks for savings accounts, right?) However, I would like to see at least a portion of such monies automatically set aside for something truly transformative because I’m convinced of one thing: making Des Moines that ‘destination’ will not be easy and it will not happen by itself.. In fact, to make Des Moines a real destination city will require an effort from the public and the City as large as building the Marina. But I believe it’s worth it and I also believe that the longer we wait the less likely it becomes.

We now have two bags of money coming our way as a result of COVID-19: a small one from King County (thank you, King County Councilmember Dave Upthegrove) and a much larger one from the Federal government. There will be others. So far, there has been no discussion as to how to use these with the Council and I think there should be for all the reasons I just gave. I think we should be investing in the future now.

Anyhoo, none of this starts tomorrow. But I want you to understand where my primary attention will be so long as I serve you. I want to work with you to finally achieve a Des Moines that lives up to all that ‘potential’ previous leadership was striving for back in 1964. They did their part. Now it’s our turn.