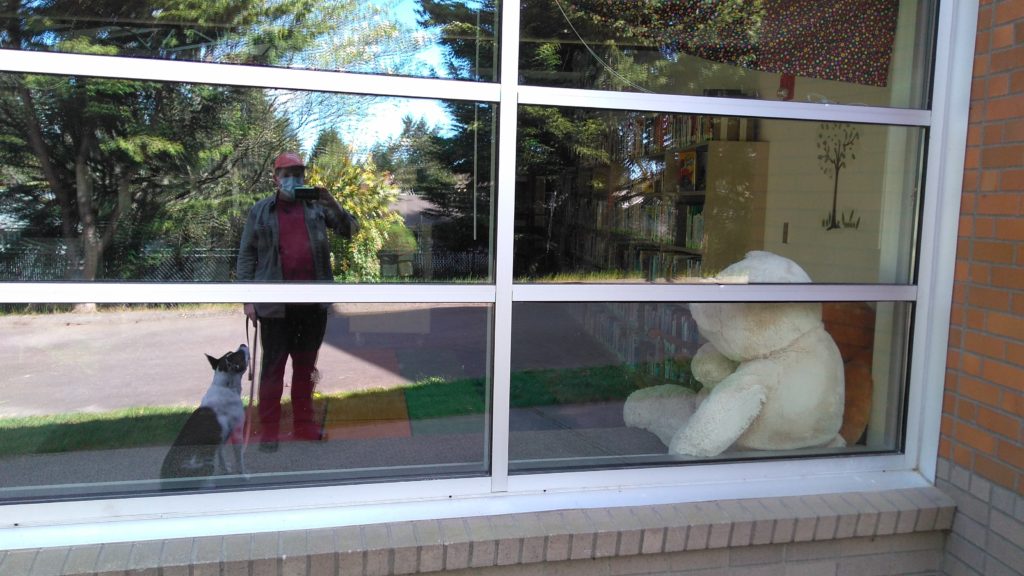 Tuesday I’ll be having a virtual meeting with people from the Port Of Seattle to work on the whole Port Package Update program. I’ve cajoled, begged, nagged and wheedled enough to residents to contact SeatacNoise.Info if you have issues. So I won’t do that anymore. 😀

Tuesday is also the release date for the Coho Fish Pen down at the Marina. Swim free, little fish. free! Free! FREE! 😀  Even without the social distancing it’s not the most dramatic thing to witness. But it does matter. May they return in great numbers in a couple of years.

Wednesday is a virtual StART Meeting. Now for those of you concerned with airport issues, next week (April 23) is the deadline for submitting comments to the Dept. Of Commerce Study On Impacts From Sea-Tac Airport. Send your comments to Gary Idleburg gary.idleburg@commerce.wa.gov. Your comments matter because this is a long game. One ‘silver lining’ from COVID-19 is the reduction in noise and pollution. Many of us newer residents have never experienced how our City is supposed to be. So it’s often been tough to get newer residents to understand how bad things have gotten. We’ve just gotten used to it. Well, ironically this quiet and clean air is the real Des Moines. And my goal is to preserve at least a portion of these quieter and clearer skies as one positive outcome of this crisis.

Friday: King County Climate Collaboration virtual meeting. Ditto. As they say, we simply cannot let this crisis go to waste. We’re experiencing better air for the first time in decades and I want to keep it!

Monday there was a Virtual Town Hall with Adam Smith at 5:00pm covering some great information on the new State unemployment benefits. I posted some details my Facebook Page, basically how to make sure your app gets processed smoothly. I asked the Congressman to see what he could do to provide a second round of stimulus specific to Cities like Des Moinesspecifically for long term capital projects. I also passed along the frustrations I’m hearing from local businesses regarding the SBA Loan process.

With the help of several activists, I’ve assembled a small  roster of private individuals who are willing to provide free translation service for people who need help filling out and submitting all those forms. I’ve done this after finding out that there are a surprising number of very hard working business people who struggle with paperwork (me too! :)). It’s ridiculous that any valuable business in Des Moines might miss out on any government program simply because of that ‘last mile’ in communication. If you know someone in this situation, please contact me!

Somewhere in there I helped Michelle Fawcett (of Salon Michelle and Destination Des Moines) put together a promo video for the Quarterdeck restaurant where they generously donated all the profits from a full day of service to the Food Bank. Michelle is one of the most tireless boosters of local business in Des Moines and took the footage for the TakeOutDesMoines promotional campaign we’re working on to get people to try Des Moines restaurants.

Wednesday I attended the Reach Out Des Moines virtual Meeting, where we saw a presentation on Phenomenal She, a great program for girls and young women of colour. I wish there had been programs like this for my kids back in the day and I am just thrilled to see it expanding to Des Moines.

Thursday was the 30th District COVID-19 Meeting. The most notable aspect of the meeting was the attendance of our Mayor and our Deputy Mayor. Not much new to report–everyone is still struggling to get basic things like PPEs and tests (more below).

Thursday also saw not an event, but a Letter From Matt Mahoney in The Waterland Blog, which (as with the previous week’s coverage of our Mayor’s beatdown) took up a certain amount of bandwidth. I was curious as to what is called in advertising ‘reach’. So I wrote the editor asking how many clicks and how much ad revenue those two posts generated (hey, I’d like to think that someone was getting something positive out all this.)

Friday I attended a virtual presentation given by the great Ann McFarlane of Jurassic Parliament. All candidates should get to know Ms. McFarland and JP. It is great training. This seminar was called ” What’s Working On-Line Meetings” and was attended by eighty or so electeds. I attended this one mainly to see how other cities are dealing with ‘virtual city council meetings’. I came away more frustrated with the state of our situation in Des Moines. The overwhelming number of cities have been successfully conducting city business using relatively low-tech solutions like Zoom, GoToMeeting, etc. We are falling further behind other cities in our basic Council functions.

The Natives Are Getting Restless

I am hearing more and more from residents and ‘influencers’ that “It’s time to re-open Des Moines”. To which I can only say, “guys, Guys, GUYS!”

None of the data support this point of view. Every reputable scientist I’ve read or spoken with has said quite clearly that ‘the curve’ has to be going downward for two weeks before we can consider the infection to be controllable. We have not even peaked. We’re still going up, Up, UP! And not just here in small doses, but everywhere. As in planet earth everywhere. Almost every country that looked like it had gotten things under control is now experiencing a second wave. Meaning that, the moment they pumped the brakes, the disease comes back just as strong as before.

Plus: we have nothing like the proper gear to do so and will not for at least a month. The whole thing about ‘re-opening’ only works if everyone has gloves, masks, gowns and above all squillions of tests. We have none of that. We’ll need to be doing millions of tests every day. We currently do like 150k and–here’s the joke: only on people who we suspect of having it. That makes every statistic ridiculous to me. Now, can you imagine going to a hairstylist who doesn’t have PPEs? How about restaurants? Bars? What about that tight cubicle your spouse works in?

And last but not least, there’s you.How many of you are actually wearing masks in public–even in close quarters like the grocery store? Be honest. Do you really think that at least 90% of us will follow best practice after we relax the rules when I can’t get you to do it now? 😀 In short, if you favour re-opening, you’re insisting that we do so without the public having demonstrated the ability to follow some of the most basic rules of prevention. You want to re-open faster? I’ll tell you what you can do to speed the date: start wearing a mask in public. Model best practice. Please.

Now, why am I being so huffy about this? Oh, I dunno. Maybe it has something to do with the fact that we have three major senior communities in town? (And they vote! 🙂 ) Plus many, many in-home care facilities. Not to mention a ton of other at-risk groups. And the fact that we have seen how you get one infection in any of these settings and you have problems. And by that I mean the kinds of problems like that Mayor with the snappy suit in Jaws who re-opened the beach too soon.

I will not support any ‘re-opening’ unless and until we are following the above recommendations from the scientific community. When we do re-open we must expect a second wave and it needs to be manageable. I completely understand that businesses are hurting, families are hurting and frankly many of you are just going stir-crazy. But the idea that we might have gone through all this sacrifice and then still have recurring waves of serious illness is galling to me. I feel ya. But please try to hang in there.  When this is all over? The drinks are on me. (Subject to PDC guidelines, of course. 😀 )