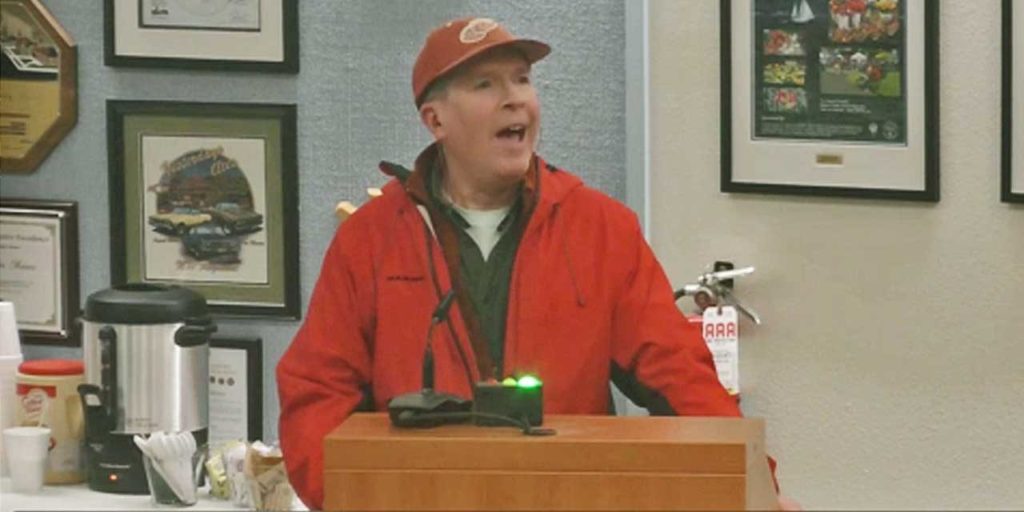 I kinda wish I didn’t have to write this, but we’re getting off to a bad start council-relationship-wise. I have tried to be as friendly as possible during this transition but this Resolution is pointed directly at Mr. Martinelli and myself and it’s exactly the kind of good-ol’-boy nonsense I ran against so I feel compelled to provide some context for people who watched this. In other words: Do I turn the other cheek to try and get along  or do I actually do what voters said they wanted me to do?

(And what really sucks is that, as per usual, it got stuck in with all the very nice awards so it makes me look even more rantier than usual.) But I digress… 😀

Last week if you recall…

At the last CC Meeting, the Council introduced Resolution 19-113 (the 113th resolution of 2019) which consisted of a dozen changes to how the Council Meetings function. During the year, CCs think about how meetings might be improved, they suggest changes and then occasionally there is enough momentum to have the City Attorney roll them all into a Resolution. Normally these are pretty routine. And half of the items on 19-113 are common sense.

However about half of the changes in this Resolution were definitely not routine and not common sense. They were, in fact, in response to the election results and address some sudden concerns about Council Member ‘conduct’. We know this because if you watch that 14 November video, several of the Council Members specifically mention concerns about ‘candidates during the election’–meaning Anthony Martinelli and myself. In other words, half of these items are to address possible future misbehaviour. The problems aren’t happening with the current Council. They’re worried about it happening going forward with us noobies.

For example, the Resolution calls for Council to be ‘drug-free’. But there is already a rule will states that CCs shall not be intoxicated. So why the need for extra emphasis now? Has there been an ongoing problem with current CCs showing up three sheets to the wind? 😀

The Resolution specifically forbids Council Members from ‘slander’. There are already rules calling for CCs to treat each other respectfully. Who on the current council is guilty of this? I go to all the meetings and I don’t see CCs routinely ‘slandering’ one another. In fact, ‘slander’ isn’t a word I ever run across. It’s the kind of thing one hears on Masterpiece Theatre. Right before guys in frilly shirts break out the dueling pistols.

The Resolution also reminds CCs to not divulge confidential information from Executive Session. Again, this is already against the law.

The thing that really ticked me off, though, was the reduction in discussion time down to four and five minutes for different sections of the meeting. This is ridiculous because:

What I’m trying to get to is this: A lot of that stuff was simply petty. The comments of the CCs directed at Mr. Martinelli and myself in the discussion two weeks ago make that clear. But far more important, this whole thing is really, really expensive.

The City currently does not keep project-based time sheets (I will encourage the City to start doing that with the new accounting software coming on-line next year.) But according to the City Attorney a complex resolution often takes more than forty hours of staff time to get ready for CC discussion. Now given the salaries of top staff, that is real time and money. Time and money that should be spent on real problems, not stuff that’s already against the rules or addressing problems that do not exist. And certainly not on score-settling.

Some of the things I really hate

I don’t know how else to say it. Anything that can be settled without a ‘regulation’, by simply having a conversation? I’m there. And conversely, using the City’s time and money for score-settling? Not. Too. Cool.

Anyhoo, I could’ve let this slide for sure. I’m sure my reaction will come off as whiny to some. But as I said in my public comment, the Council was sending me a message: No honeymoon. Which is fine. If you voted for me, you weren’t thinking I’d be getting a back massage and a Diet Sprite every two weeks. You said you wanted me to try to dial back this sort of behaviour.

14 November Video (Missing from City web site as of this writing.)